First Haul of the Year

A great way to start off the new year is starting it with receiving new things in the mail! Luckily I had quite a lot come in over the holiday weekend, but sadly, I did not have as much time on my hands to get around to opening everything and give it a good once over until now. 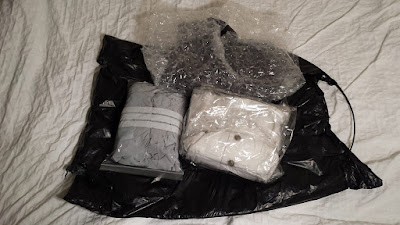 Here's a shot of everything together out of the packaging. It's a total of four packages hailing from Japan, Singapore, Canada and the United States. I kind of get the feeling my post man is always dumbfounded as to why I'm getting so many international packages. But at the same time my better half gets a lot of packages from a tailor in Italy and aclothier in London on a fairly common basis so I guess I shouldn't feel so bad as I'm not the only one int he house doing it. 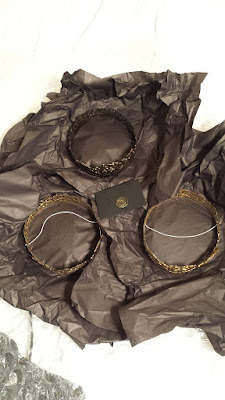 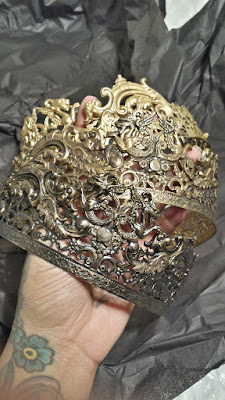 My first package was a trio of dragon crowns from VoodoooDolly. I had a couple of chances to get crowns from her before but I was absolutely enchanted with this particular style since I saw it as a raffle prize at Nightfall earlier this spring. She hasn't had this style for sale in a while and it was well worth the wait in my opinion. I can't wait to integrate them into my next outfit. 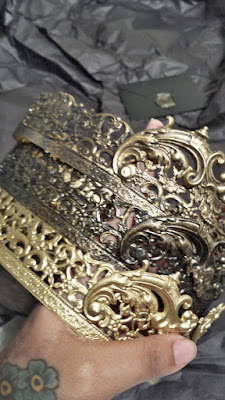 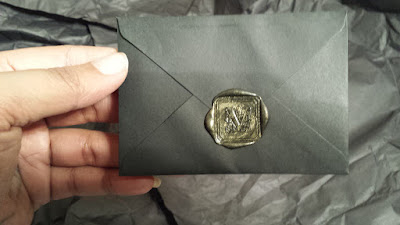 They are all metal and a bit on the bendy side but are a celebrated addition to my wardrobe since my tastes have been steadily moving towards more ouji and hime looks. As always her packages come with a wax sealed note which you only get with shipments, a great little goodie if you collect memorabilia. 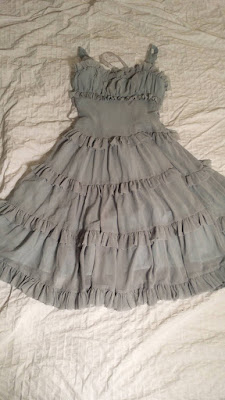 My second package consisted of a singular dress, Juliette Justine's La Fleur Princesse in mint. A fellow lolita in Singapore was so gracious to sell it to me, aiding in my obsession of colorful chiffons from my favorite brand. The material is very reminiscent of Coppelia and Robe de la Danse. 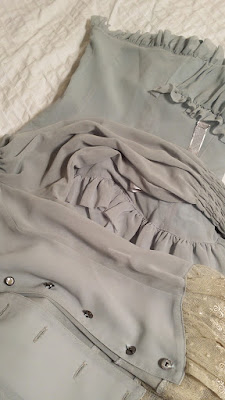 Continuing on my streak of good luck, I placed one of my favorite blouses (it's also from Juliette Justine ) to see how the shade matched and it's almost identical! I'm pretty sure it's the same material but it's really satisfying for me when I find matching tones in similiar items as I'm a very matchy-matchy kind of person. 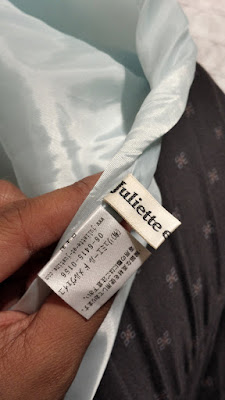 After giving the dress a look over for any tears or stains, I found I couldn't find the tag at all. I turned it inside out and became a bit frantic as the usual placements for the tag were nowhere to be found. It was rather odd as I finally found the tag near the bottom of the lining doubled over. I think this is the first time I've encountered a tag placement here from this brand. Has anyone else have this experience from JetJ? 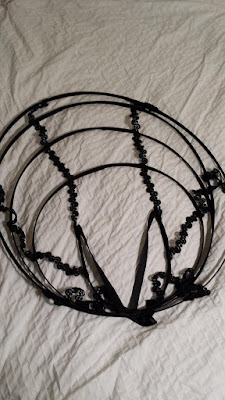 My third package was from Divinity Doll, a Canadian seamstress and jewelry maker. I had commissioned this piece from her a month or so back and was really excited to see the finished product. I won't be going into too much detail about this piece as I'm going to do a separate write up for cage/hoop skirts later this month, but I'm terribly excited to work with this new alternative to petticoats. 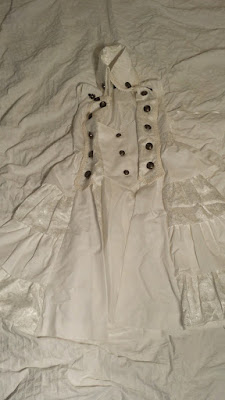 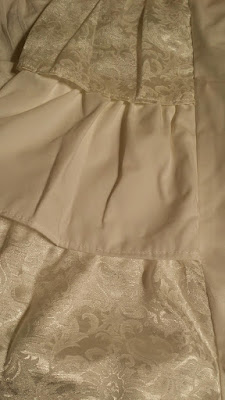 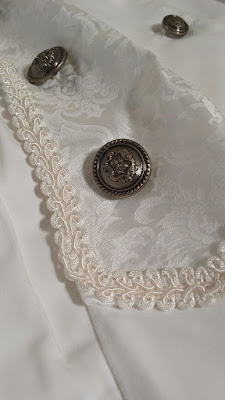 My final and package was a Thaddeus Vest from Alice and the Pirates. I've been slowly collecting more and more boy style pieces and found this might become a staple piece in my wardrobe due to it versatility for both male and female coordinates. Upon inspection I've found the construction of this jacket is quite.. Interesting; and flawed would only be the beginning of my description for this piece. It's still quite wearable though, and I am rather fond of the jacquard fabric. For those of you that also have outerwear pieces from AATP, its the same as the Admiral Jacket and Captain Hollow.

Thanks for ducking in and checking out this first years unboxing. I hope you're as lucky in your finds this year as I have been and may the odds on auctions be ever in your favor!
Posted by Unknown at 8:14 AM